Carlos has a Master's degree in Computer Engineering. He has specialized in the design and implementation of microservices generally related to machine learning and NLP. He currently works at Sciling, a machine learning agency, where he has been working for more than five years.

Learning enthusiast, he spends part of his free time developing personal interest projects, usually related to Open Source. He is a lover of clean code and simple solutions and he likes to face new challenges. He is a sociable person who loves meeting people from other cultures and travelling.

Design and implementation of a whole system for generating a video from photos obtained by several cameras.

Design and implementation of the control system for a remote camera, to record musical and sporting events. 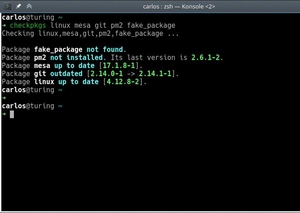 Bash script to check updates of Arch Linux packages given from arguments or stdin with no need to update the local repositories. Not installed and fake packages can also be checked. 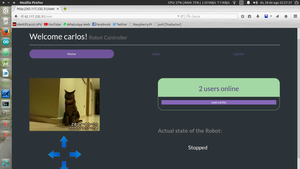 This project is mainly a server leveraging NodeJS with the framework ExpressJS. It implements a local authentication strategy based on a MySQL server located in another Raspberry Pi (B+).

This program is basically a wrapper for tracer, a logging library for NodeJS. Implemented in pure JavaScript.